We have been greatly enjoying reading your ASS Steps 7-11. The standard of a number of the assignments has been quite outstanding, including the depth of the commentary about accounting for inventory and depreciation for your firms. Also, the work using MYOB has also generally been well done.

And joining a study group for the exam can be a pretty good idea. There will be study groups forming and lots of great students to study with and share ideas about the exam.

Most people completed this step well. A number of people developed further their understanding of what inventory actually is:

“I initially had a … view … inventory was an item or product a firm held in stock that was available for sale. This coincided with my retail experience in which the businesses would purchase completed goods for resale to customers … I didn’t consider other forms of inventory, such as: 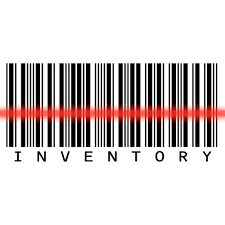 And many people are developing their understanding about how inventory in all its forms is treated in accounting, namely as an asset when purchased (not an expense) and only becoming an expense when the final product is sold:

“I [thought] items such as raw materials would be classified as an expense to the firm and would only be reclassified as inventory once the materials had been created into a product ready for sale … I now understand raw materials still undergoing the manufacturing process have the ability to generate future value for the firm and as such I can appreciate why they are listed as an asset under inventory.” 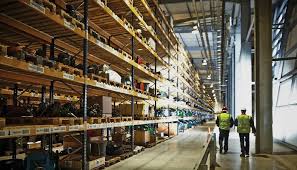 “…there has been a significant increase in revenue [for my firm] … What I did find interesting is that the cost of sales hasn’t increased throughout the four years at the same rate that [my firm’s] revenue has increased. As inventory is transferred to cost of sales once [it is] … sold, [you] would think that their cost of sales would increase in a similar fashion to their revenue, or could there be another explanation? [My firm] highlighted in their [latest] Annual Report that one of their main strategies is organic growth in order to become more efficient and cost effective from selling their products and services. Could this be indicative of that strategy at work?”

A number of people also commented on the changes in the level of inventory for their firms over time, and what these changes might mean for their firm:

“Inventories listed as a current asset in the Statement of Financial Position remained quite steady throughout [the past few years]; however, the figure more than doubled in [the last year] … inventory is an asset which is expected to provide future economic benefits to a firm, but when does ‘holding’ inventory begin to cost the firm more than it’s worth? If a firm does not have enough inventory it could lose money by way of not meeting customer demand, but what happens when a firm [has] too much inventory? What costs would be involved in the storage and maintenance of the products or when market conditions change and the inventory isn’t as highly valued? I decided to conduct a quick efficiency ratio to determine the number of days it takes for inventory to be sold. For [the last year], where we saw the largest jump in inventory as of the balance sheet, it takes [my firm] approximately 39 days for inventory to be sold (inventory/(cost of sales/365)). [This did not seem to be too bad].“

It was interesting to read people’s descriptions of the accounting policies of their firm for inventory. Most people were able to identify quite a bit of information about how their firm was accounting for its inventory:

“Inventory was [valued at the lower of cost or] net realisable value … Reflecting on my previous retail experience with inventory, I can relate this concept to selling a piece of furniture. The furniture costs X amount plus any necessary costs to store the furniture and freight the item to its selling location…

Furthermore, according to [my firm’s] Notes to Financial Statements, their inventory is comprised of raw materials and consumables, finished goods and goods for resale.”

Many people discovered that their firms did not disclose the method they used to record inventory transactions, whether perpetual or periodic; although it is a fair bet most firms were using the perpetual method:

“…either system for recording inventory would provide the same cost when using the FIFO method, which [my firm] uses.”

It was exciting to see people developing insights about accounting for inventory, as they laid a strong foundation for their future study of accounting:

As I engaged with the various concepts surrounding inventory and their impact on the financial statements I found myself learning a great deal more about the various accounts within the financial statements and the huge role inventory plays for firms that have inventory as a component of their business structure. When I commenced accounting I presumed I would be provided with black and white facts, numbers that directly displayed the financial occurrences of a firm. But once again, through the in-depth analysis of inventory, it is evident that numbers themselves can be misleading or distorted based on the methods used … Nonetheless, I’m left with an all-encompassing excitement to comprehend the true relationship between a firm’s numerical values and their business realities.”

Most people were able to include a screen shot of the last screen/transaction for both the Inital Set-Up Training and for using the MYOB AccountRight (Windows) and MYOB AccountEdge (Mac) Training; and a number of people included a screenshot of each question answered for the MYOB online skills training test.

This step was generally well handled. Many people were able to create a reasonably realistic set of business transactions for your company, record these in MYOB and produce a set of financial statements from MYOB.

Fewer people were able to interpret what these financial statements (based on your mock transactions) told you about your firm; although some people made some insightful and considered observations.

Many people completed this step well. A number of people developed further their understanding of what depreciation actually is. Also, the journal entries for depreciation were also generally well-handled. Quite a few people understood that we record an expense, Depreciation (DR), and also a ‘contra-asset’ Accumulated Depreciation (CR): 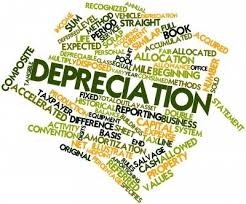 And many commented on how depreciation involves lots of judgements; yes, yet again more judgements in accounting:

“To conclude, depreciation [and] amortisation … are the associated methods which a firm utilises to calculate the diminishing value of non-current assets over time and there are various [ways] in which they can be displayed in a firm’s financial statements. Having completed my in-depth review of [my firm’s] depreciation policies, I feel more at ease with the concept of depreciation and how it relates to … a real world setting … after reviewing [my firm’s] depreciation policies and methods and then discussing the various [ways] in which depreciation can be manipulated, [I realised] the numbers of a firm are not just black and white and thus it is imperative for interested parties to look beyond the financial figures to make their own judgement … on the financial health of a firm.”

“Another interesting element to note is that [my company] often groups or discusses depreciation with … amortisation… Amortisation is similar to depreciation as costs are allocated to an asset over the asset’s life expectancy, however the difference is that amortisation specifically relates to intangible assets such as intellectual property like patents or trademarks.”

Most people discussed the method(s) their firms used to allocate depreciation to their firm’s non-current assets each year:

“In the notes to the consolidated financial statements, [my firm] states they use the straight-line method of depreciation. From my understanding, such a method is the simplest and most commonly used whereby costs are charged evenly throughout the useful life of the fixed asset. In order to understand such a method, I found it significant to have a firm understanding of the formula used: (Cost – Residual Value)/Useful Life:

Essentially the straight-line method of depreciation takes the original cost of an asset less the amount the firm believes they can recoup from the asset at disposal divided equally by the estimated life span of the asset.”

“Throughout the four-year period, depreciation and amortisation only make up approximately 6.5% to 7% of [my firm’s] total expenses … Evidently such expenses would not have a huge impact on [my firm’s] financial statements nor their overall net profit.” 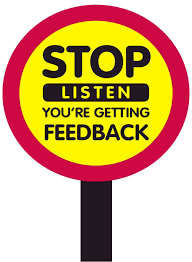 One great feature of ASS Steps 7-11 was the improved quality of feedback a number of people were giving to others in our unit. And quite a few people commented on how much more useful they were finding the feedback from others this time, as people got better at giving useful, actionable and clear feedback on each other’s work:

“I have always enjoyed the task of providing feedback to my peers. It has enabled me to develop not only my knowledge of the course content, but also my critical thinking and analytical skills. Over the duration of this unit (and previously in ACCT11059 Accounting, Learning & Online Communication) , I have learnt that the art of providing beneficial feedback stems from the ability to connect key facts and concepts to [the] real world application [of people’s firms]. It is one thing to be able to recite a definition, but true comprehension comes from one’s ability to understand the definition in context and relate it to various scenarios. [Martin’s note: this is such a powerful comment about how we learn ‘for real’.]

The providing of feedback also enabled me to reflect on my own work and I found myself constantly questioning whether I included the feedback I provided others in my assignment. Many of my peers also provided fantastic explanations relating to key aspects within their firms and thus I found my own knowledge of such concepts increasing. Once again I can see huge benefits of completing the task of providing feedback and believe it has been a crucial component of my comprehensive learning journey.” 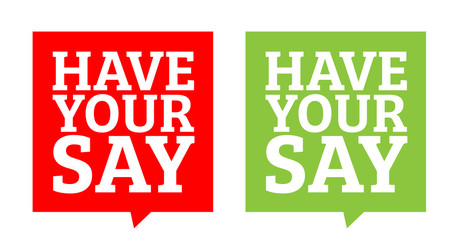 You will also see a big red ‘Have Your Say’ button on the top left-hand side of Moodle. Thank you to those who have already given your feedback. I look forward to hearing from everyone over the next few days or weeks.

Thank you again for submitting your ASS Steps 7-11. This now completes all steps in your Assignment (worth a total of 45%).

It is a pleasure to be studying with you as we go further into the exciting world of accounting in ACCT11081 Introductory Financial Accounting; and as we lay important foundations for the journey ahead when we will explore more about accounting in the coming years.